In honor of the summer solstice… 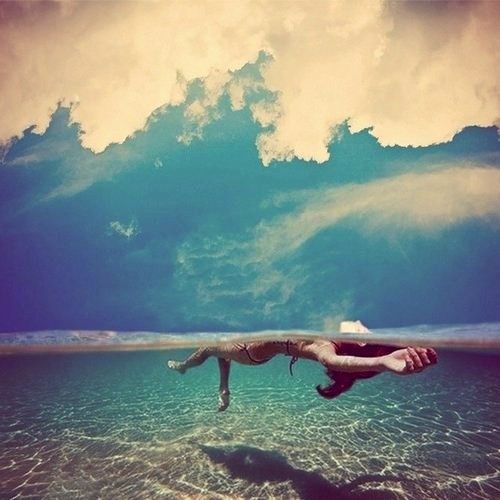 She floats in the space where the water merges with the sky,

The water cradles her, the sky supports her.

The water ripples below, the clouds undulate above.

Suspended between who she is in this moment and who she will in the next,

her breath echoing beneath the water,

an ancient hum reverberating through her bones,

her shadow another presence beneath her,

reminding her of the dark that always exists

even under the brightest of suns. 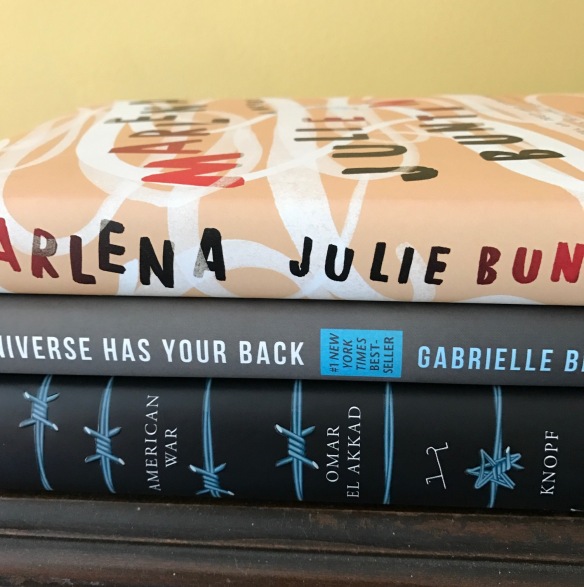 “Marlena” a novel by Julie Buntin

Tell me what you can’t forget and I’ll tell you who you are.

Some say that we never forget our first great love. I believe we never forget our first great friendship. That friend that shines a light into our darkness and casts a shadow on our light. The friendship is deep, quick, complicated. That’s how it is between fifteen-year-old Cat and seventeen-year-old, pill-popping, seen-too-much-life-already Marlena. Cat moves with her mother and older brother to a rural town in northern Michigan. The setting itself is exquisitely wrought, becoming an accomplice to the friendship. Cat’s mother is newly divorced, her father unavailable, her brother postponing college to help out financially and emotionally. Marlena is a perfect distraction. Cat is drawn into her life, her secrets, her pain as Marlena initiates her into her first everything: kiss, drink, pill. Within a year, Marlena is found dead in the woods nearby, drowned in a mere six inches of icy water. The story weaves the past and the present, moving back and forth between Michigan and New York as adult Cat receives a call from the past, whisking her back into the summer that changed everything. This is a gorgeous story of the complications of teenage female friendship, addiction, lust, boredom and searching for something to hold onto in the midst of things falling apart.

She’s leaning into my face, her cheeks iridescent as if recently wiped clean of tears, her mouth against my chin, finding my lips, and the her tongue, something un-cooked and too wet about it, something silly, and just as I begin to formulate a word for what is happening, kissing, she disintegrates into laughter, breathing it into me until it bubbles from her throat and overflows. like her laugh is my creation. And a smell, like scratching a branch with your nail until its green flesh shows, the residue left behind on your fingers.

When I was young, I collected postcards.

A second American Civil War breaks out in 2076. In our current incredibly polarized country, this isn’t hard to imagine. Reading this rich, complex novel we don’t need to imagine it, we only need to drop into the near distant future he has painted for us. In this world, war is not some abstract entity but a specific atrocity that impacts the daily life of Sarat Chestnut and her family. Woven with historical documents, letters and oral history to give a full picture of how we got to civil war again and what was happening behind the scenes, “American War” often read less like a novel and more like an inevitable reality. Stunning.

As an added incentive to check this novel out, my husband rarely reads fiction. Well, he picked this up on our vacation and finished it in in less than 72 hours.

Why was safety, anyway, but the sound of a bomb falling on someone else’s home?

I chose this book for the book club I lead at our yoga studio. I had one week to read it when I finally picked it up. It turns out it was perfect (divine) timing. My low back started given me problems last Sunday. Seemingly out of the blue. I had no choice but to slow down. Way, way down. In doing so, I gave this book much more attention than I normally would have. I was able to really absorb what she was saying as well as write out the prompts and even do many of the meditations. So, because my back went out-ish, I was able to dive deep into her words. And they have had a profound effect on me. The main gift I took away was how prayer and co-creating with the Universe is a dance that can happen all day long, in any situation. I guess I usually think of prayer as a bookend to my days, not something to call on throughout the day as needed.

Even the title spoke to me. The Universe has my BACK. It’s not just all on me to figure out what is happening, to fix it, to heal it. My back has become this metaphor for fear and how I become so tentative in my life for fear of hurting it. And then, just when I was finally feeling free of that fear, it went out for no discernible reason. Transforming fear into faith was exactly what I needed to explore.

I underlined, starred and wrote in the margins of almost every single page. So much to take in, so much to explore. Seriously life-changing for me.

As a spiritual activist, I believe that the greatest power we have to combat the terror of these times is our power to live in love. Love casts out all fear.